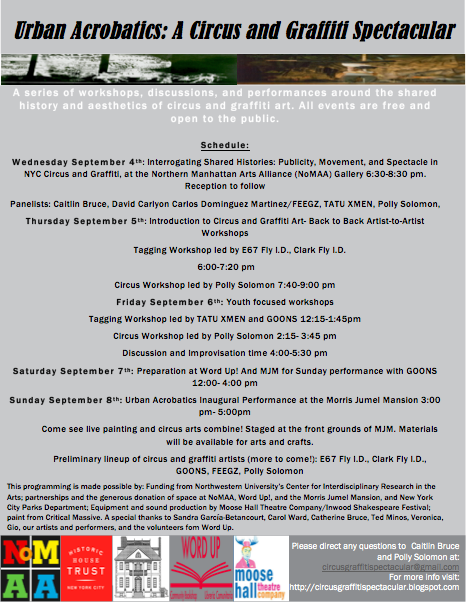 
This is a theme that we will explore more over the course of the year, but a recent article that Polly alerted me to reminded me of one of the more implicit research interests for this project: investigating some of the shared challenges that both circus artists and graffiti practitioners face in being recognized as arts proper.

This debate in graffiti is a long and storied one. Joe Austin, Ian Bourdland, Jeff Ferrell, Susan Stewart, Nancy Macdonald, and many others point to the way that illegal graffiti works within an idiom that is incongruous with art world categories. Exchange value, autonomy, and singularity do not line up with illegal graffiti standards for publicity (on public spaces that cannot be sold or reduced to a quantity), communication practices embedded in ongoing social exchange, and proliferation and reproducibility. Of course, since the 1980s writers have found ways to adapt their styles, and pieces, for gallery scenes, some of which I have followed in Chicago and can be found here. However, at the level of large-scale city funding and major sponsors, commissions are irregular at best.

Circus bears a different history but has some similar difficulties in working within a sellable, and hence, sponsor-attracting frame. Performance based, circus acts are singular but leave no trace, performances are spectacular but often challenge traditional narrative frames, and importantly, perhaps residual anxiety about circus' different outsider, and freak-show histories, it is challenged for not being a real art form, sentiments that bubble up in the Wall Street Journal article mentioned above. United States circus practitioners have been pushing for greater recognition, drawing attention to the severe disparity between institutional and public support for circus in the U.S. and in cities in Europe. Duncan Wall explains that circus is an evolving form, and demands new audiences. A similar argument could be made about graffiti.

Why is it that highly public, gravity defying, and innovative art forms are not being supported in the same way as say, Shakespeare, or American Gothic studies may be? Why is 5Pointz slated for demolition when it is as much of a cultural icon as PS1? To what degree do the differences between arts funding in cities like New York and Chicago, and Paris and London, index social values about the importance of creativity, wonder, and the need to energize public spaces? We hope as the project continues we can continue discussing, and creating, more spaces and opportunities to consider a more durable trajectory of recognition for both art forms.

Posted by Unknown at 9:57 PM No comments:

To preface, I'll just say that we are thrilled that the Morris-Jumel Mansion will be the site of our first performance on Sunday September 8th, 2013. Carol Ward, Director of Education and Public Programs, met me there today to show me the grounds and discuss the event.

Ward emphasized that they were interested in transforming the building, which could just be a "static" historical house into a dynamic space for community creativity. "I want this house to be full," Ward expressed as we looked at the beautiful lawn in front of the towering building. She has supported contemporary art exhibits in the building, and, on October 12th, there will be an all day art festival, all of which contribute to bringing the space into the present.

Ward's suggestion that historical spaces do not have to be static monuments is a helpful one for thinking about the nature of public art, community engagement, and participation. Movement emerges as a key component, imbuing artistic works with an evolving temporality.

Finally, this adventure in space acquisition continues to reveal spaces of permission, generosity, friendship, and intimacy in different parts of New York. What George Washington, who occupied this Mansion during the Revolutionary War, would say about it becoming the backdrop to a circus and graffiti spectacular, one can only guess. 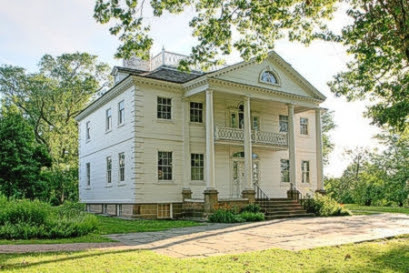 Posted by Unknown at 1:23 PM No comments:

The New York Workshops: The Politics of Public Space in Permitting Rules

We are in the planning stages for our New York installment of the workshop series and are in the process of finding a venue for the culminating performance. Since it will be in early September, we had hoped to hold it outside to really make the performance visible, accessible, and classically public.

A Parks District permit phone call today immediately illuminated some of the (less visible) limits on the kinds of public practices in place in canonical public places, like parks.

What is interesting here is first, the demonization of particular mediums. That an individual painting on canvas is less threatening than, say, a group of artists demonstrating the mural process on board or, cardboard, suggests an intense anxiety about collective expression and practice, as well as the persistent fear of the aerosol can as a tool in New York City, a hang-over from Mayor Lindsay (and later Rudy Guiliani's) War on Graffiti. Resistance to graffiti admits also a specifically classed and raced model of public space where a form of art that is still discursively linked to impoverished zones and "broken windows theory" serves as a nightmare for urban planners.

Second, is the fear of acrobatics-- a body doing gravity defying and spectacular movements. The worry I'd conjecture is about liability, a fear of bodily injury or vulnerability. What kinds of bodies (and movements) then ought to take place in the park? Baseball has high injury rates, as well as soccer, running, basketball, tennis. Here, I think, we see some of the uncertainty surrounding purely expressive and non competitive (teleological) physical activity that is about story telling rather than clear utilitarian goals like fitness, weight loss, or competition. Notably yoga, tai chi, and capoeira take place on the lawn in the park, all intensely acrobatic activities. 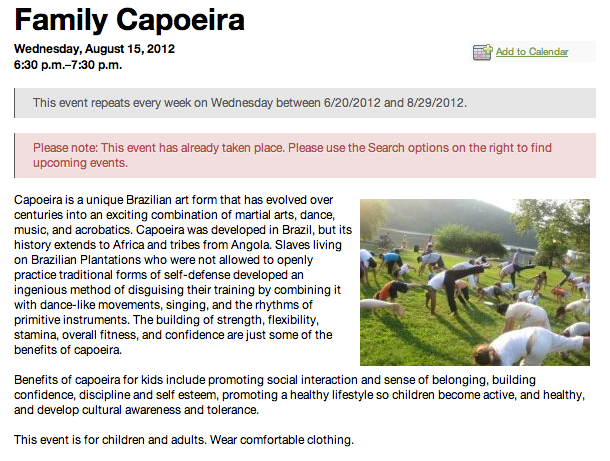 In both instances, the aesthetic figures as a site of anxiety, a space of confusion, and a zone that must be rigorously contained from polluting supposedly pristine natural sites. It also, however, serves as a way to erase the histories of park use that were intensely public, namely, the use of parks as meeting sites for young writers, parks as spaces for skaters, bboys and bgirls, intense scenes for constructing hip hop publics.

A later call was more illuminating and helpful: the Parks Department is concerned about circus rigs and art pieces because installation digs into the ground, and nothing is allowed on trees for fear that it will injure them. Here it seems to be more a question of competing understandings of the public good, one where maintaining the botanical integrity of a space is elevated above other kinds of use. We discussed potentially using pre-painted displays on a concrete surface, and "dance" instead of "acrobatics." The rhetorical gymnastics involved here are astounding. Instead of a direct conflict I was engaged in a process of discursive maneuvering and compromise, an affective scene that was decidedly less hostile, and might lead to us being able to stage a public performance.

But what is fascinating here is that already the attempt to experiment creatively with graffiti aesthetics in a site as historically charged as New York City is unfolding, illuminating the fickle and often empty character of what is understood to be "public" in an ever-privatized city. Moreover, the politics of park permitting helps us ask broader questions about what is prioritized in different cities, and what is devalorized. The pastoral identity of public parks in New York has a long and storied history, and the short exchange I had with the Parks Department points to residues of environmental uplift ideology that animated Fredrick Law Olmstead's Central Park design and subsequent debates over modernist urbanism. In a brutally pragmatic phone conversation environmental philosophy, public space ideology, fear of a litigation society, and urban sociology emerge as continuous components in the practice of trying to claim a right to the city.
Posted by Unknown at 12:36 PM No comments: